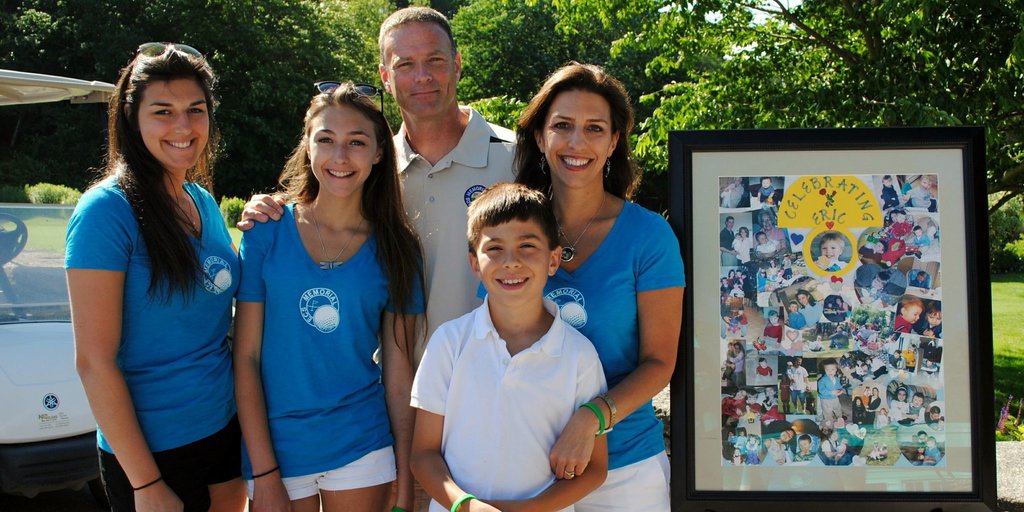 Eric, our 27‐month‐old beautiful baby boy had not been feeling well for a couple of weeks. On January 27, 2004, we took him to Hasbro Children’s Hospital in Providence, RI. We were shocked and terrified when he was diagnosed with Stage IV of the cancer Neuroblastoma. The cancer had started in his adrenal gland, but had spread to his liver, bone marrow, lymph nodes, and pelvic bones. Three days later, Eric started his first round of chemotherapy. He responded well at first, but began having trouble breathing after a few days. He was admitted to the Pediatric Intensive Care Unit, where his lungs continued to get worse. The doctors determined that Eric had contracted RSV, which is a virus that attacks the lungs. Because the chemo had affected his immune system, he could not combat the virus, and Eric lost his short battle on Valentine’s Day, 2004.

During these weeks, The Tomorrow Fund at Hasbro provided a social worker and parent consultant to answer questions about cancer, treatment, insurance, emotional issues, talking to Eric’s older sisters, and many other topics. After Eric passed, The Tomorrow Fund continued to help us with financial and emotional support. We will be forever grateful to these people who helped us during Eric’s sickness, and continue to support us today.

Our past eighteen tournaments have raised over $236,000 for The Tomorrow Fund and we know that Eric would be so proud of all who participate to raise funds in his name. On behalf of the many brave children who are treated every day at The Tomorrow Fund Clinic, and in memory of our beloved Eric, we sincerely thank you for your kindness and generosity.

Sincerely, The Sjoblom and DiGiacomo Families

Select a ticket and proceed to registration details